WANTS TO “CHANGE THE WORLD”

It wants through textiles to make people aware of the differences, the hidden meanings, the changes, the modernity, to better understand the world in its diversity. It covers topics of society specific to different countries. Created in 2012, with the City of Clermont-Ferrand and the Bargoin Museum, it made the bet to return every even year to Clermont-Ferrand and go to another continent in the following year. It took place in Vietnam, the Philippines and Mexico. In Vietnam in 2013, it benefited from the 65,000 visitors of the festival of traditional crafts of the city of Hue who invited it. In 2014, 1,200 people are involved in making it and 1,700 in 2016, 1,700 in 2018 The FITE markers come from the cultural sector, institutions and civil society. In 2012, it gathered 12,000 visitors, in 2014, 25,000 and in 2016, 48,000, in 2018, 52000.

The textile is just like Man, its history, its hidden meanings, its changes, its perpetual modernity makes it a wonderful element to understand the diversity of the world. 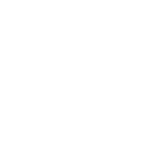 To demonstrate that there are as many textiles as humans: from woven to unwoven, waved, in animal, vegetable or synthetic fibers. We link a plurality of actors, artists, craftmen, companies, designers, crossing the geographies, mixing artistic forms and combining temporalities.

“TREATING SOCIAL ISSUES THaNKS to TEXTILE”

The textile speaks, has historical depth and a political power. By these “extra ordinary” textiles we deal with societal issues of a collective nature such as inequalities, recognition of differences, access to education …

Our projects are part of the territory through actions that seek to break down the social, cultural, territorial or generational barriers to access to creation (hospitals, prisons, suburbs, asylum seeker centers, retirement homes …).

A prerequisite for understanding the world would be humility, discretion, curiosity, listening, the search for the unknown and the recognition of diversity. The humility to recognize that we do not know and understand everything, and that we would need to know better to understand better, the discretion that allows us to see and hear better and those who make little noise, curiosity to go and see what does not appear at first glance, the search for the unknown and the consideration of those who bear the differences.

Each one carries its differences and each one is equal to the other. By knowing these differences, we develop our capacity to appreciate each other, reducing the risk of misunderstanding. By creating collaborative spaces / times of confrontation of views and sharing of practices, we aim to improve human relationships and the feeling of belonging to the human community. This induces the defense of the same rights and duties and the sharing of common values such as freedom, equity, fraternity.

Everything was not tried, everything was not created, the man did not say his last word! We believe that invention and innovation are always possible and necessary. Thus particular care is given to the emergence conditions of creation in a logic of co-construction: workshops, artistic residencies, intergenerational exchanges. We seek to invent new solidarity-based devices to support contemporary creation in a perspective of social innovation.